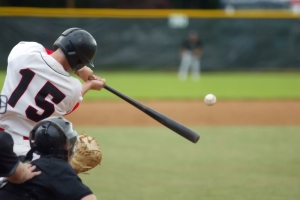 Since at least the 5th century BC thinkers have wondered about the makeup of human character and the curious combination of “humours” that creates the ideal personality types. But when outfield grasses begin to grow in spring sunshine the contemplation of the perfect mixture of human attributes shifts from the philosophers to the baseball scouts who comb the legions of young players searching to add to their team that most perfect concoction of the five classic skills: arm strength, running speed, fielding ability, hitting for average, hitting with power.

My youthful baseball experience was brief and unremarkable (“no hit, no field”), but after 30 years in the technology industry I have seen successful management skills in play and am often asked what makes up excellence in organizational leadership. Like the five physical skills in baseball there are five mental skills for corporate talent scouts. Top future leaders must show capabilities in the following:

1)      Analyze information without bias. This is harder than it sounds. We all are attracted to that information that reinforces our preconceived beliefs. But social scientists are only now realizing how deep rooted our confirmation bias is. University of Michigan researchers found in 2006 that when passionate partisans were exposed to corrected facts that contradicted their earlier suppositions, not only did they fail to change their beliefs but in many cases they became even more devoted to their original position. Other similar studies warn us of the dangers of an inflexible point of view. The great leader must overcome his own bias in order to lead clearly.

2)      Think strategically (depth and breadth): Too often strategic thinking focuses on planning years into the future and while this is important, it is not sufficient. Strategic thinking is not denominated in breadth of time but in depth of understanding: perceiving subterranean connections, anticipating secondary or tertiary consequences to actions, divining what is important from what is merely urgent.

3)      Communicate well…both clearly and persuasively: Many can communicate clearly, less can communicate persuasively, still less can do both. We want data but we also crave its context delivered in a way that tells a story of how we succeed as a team.  This happens not just with corporate sermons from the podium, but in every single interaction with every co-worker. Communicating is not simply delivering; it is also receiving. Though you would not know it from the business self-help books devoted to communications, it has as much to do with listening with purpose as it does with speaking or writing skills.

4)      Confront unanticipated obstacles: It is often said that anyone can execute plan A; it is the real leader who can execute plan B or plan C. Angela Duckworth, from the University of Pennsylvania, and several colleagues looked at success predictors among several high demand populations (West Point cadets, National Spelling Bee contestants, Ivy League students) and were able to demonstrate that “grit” which they defined as “perseverance and passion for long term goals” was a key success determiner. Each January I confidently tell my teams that the coming year will be one of unanticipated challenges. How do I know this? Because if you are in a competitive marketplace every year contains unexpected challenges. The gritty, resilient leader knows that and does not flounder or panic.

5)      Maintain humility and self-awareness: “Know thyself” was the maxim inscribed on the ancient Greek temple at Delphi but it could just as usefully be the first instruction on every sign-in screen on every computer in corporate America. The great leaders understand that a well performing team is far more effective than the most outstanding individual contributor. I have rarely seen an instance when a highly performing organization fails to reflect positively back on its leader. I have seen all too many instances where unjustified pride, egoism, and craving for credit by the leader sucks the passion for performance from the team.

These are the five mental skills in my corporate scouting report. Show me the person with them and I’ll show you a major leaguer. 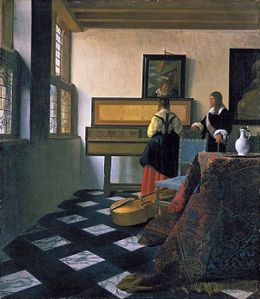 The new movie, Tim’s Vermeer, produced by Penn Jillette and directed by his stage partner Teller, tells the story of inventor Tim Jenison and his attempt to prove that the great 17th century Dutch painter Johannes Vermeer relied heavily upon optical devices and mirrors as tools to create the photo-realism for which his great masterworks are revered. Jenison set out to prove this thesis by building an exact replica of the room Vermeer used for his painting, The Music Lesson, and then, with no training or experience as a painter, to recreate the work himself using only the tools he surmised Vermeer had available at the time of original painting.

The narrative leaves us wondering whether Vermeer was a remarkable artist or simply an innovative technologist. I admit that my view of him as a great master lessened as I became more convinced of his use of these optical crutches. Exiting the theater I found myself wondering why I felt that way. The Music Lesson, Girl with a Pearl Earring, and Vermeer’s other masterpieces exist in the canon of great Western art. Why does my knowledge of how they were created impede my appreciation of his talent?

Perhaps because it seems somehow unfair, like steroids in bicycle racing. If Vermeer’s greatest accomplishments truly were “done with mirrors” then the free-handed paint strokes at the core of creative execution were abetted in a way unavailable to his peers. But 17th century Vermeer was not painting for inclusion in a 21st century list of Dutch Masters. He was responding to immediate pressures to feed and clothe his family using all the image manipulation tools at his disposal to generate better artistic products, the type of process that, three centuries later, admiring business academicians would call “competitive advantage”.

My real reservation about Vermeer may simply reflect my own exaggerated affection for convention. Most of my career was spent in large commercial organizations whose very scale demanded precise labels, hierarchy, structure and processes in order to function efficiently. I have been tutored to approve of structure over idiosyncrasy, the organizational utilitarianism of what is best for the largest group of value creators even if at the expense of the truly unorthodox. My reaction to Tim’s Vermeer reminded me once again that I have this natural bias which, if unattended, has consequences.

Once I had a salesperson several levels down in our organization who came to me because he felt that his personal sales methodology was superior to the one he and his peers were required by the company to utilize. He felt strongly he should be allowed to try his own method and fail or succeed. It was clear to me that even if he succeeded individually, his process was so personalized that it could not scale to the 2,500 other salespeople in our organization. Were he successful it would only tempt other, less gifted salespeople to abandon our sales procedures and try to invent their own with disastrous results for them and for the company. In the end I dissuaded the individual from practicing his iconoclastic techniques and he subsequently left the company.

I believe I made the right decision. But did it lose me the “Vermeer of sales”?

Among those feeds I follow on Twitter are TechCrunch, legitimate technology news, and The Onion, a satirical news parody. Recently I’ve noticed that it is hard to tell from the headlines which stories are true TechCrunch articles and which are The Onion satires. Here are six recent headlines, three from each. Recognize the real stories from the spoofs?

“Compromising Company’s Values For Advertising Revenue Referred To As ‘Partnering’”

“It Took 122M Commands And 16.3 Days, But A Collaborative Horde Beat Pokemon Together”

See, it’s not so easy, is it? For your information 1, 3, and 6 are real headlines from TechCrunch. 2, 4, and 5 are parodies from The Onion. Caveat lector.