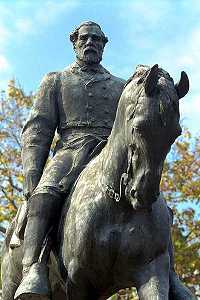 HBO is reported to be planning a counterfactual television series set in a reality where the Confederacy remained seceded from the Union. No need. Mississippi in the 1960’s was just that. I came to Jackson in 1962 as a young boy with my family. There I grew up in a place where the losers, not the victors, wrote the history. Not only our flags, songs, and monuments, but our public nostalgia, forced segregation, and race-based legal system were intentionally constructed exactly as if the South were quietly being readied for an imminent and welcome re-authorization of the Confederacy.

The current passion surrounding the removal of Confederate monuments is a reminder how powerfully, even today, that Lost Cause longing has been implanted into the psyche of otherwise well-meaning white southerners. It has overwhelmed thoughtful consideration of the statues themselves and the criteria around which we, as a nation, decide what we want to remember, what we want to revere, and frankly, what we want to forget.

The scope of our national memory should be broad indeed. American scars and triumphs reflect our shared history and we should include them with equal dispassion. But public monuments are something altogether different. They are marks not of remembrance, but of reverence and approval. The bar for inclusion should be well elevated because through what we revere, we teach. We cannot impose 21st century sensibilities when judging 19th century individuals, but we can ask whether, on the great issues of their day, they led or trailed that great arc of moral progress and, in so doing, deserve to be venerated, or simply remembered.

Robert E. Lee falls below that bar. In many of the great decisions that history placed before him, he chose wrongly. One needn’t demonize Lee to make this case; there were activities in his life and private sentiments expressed that were consistent with the best of his southern peers but he did not help lead America to a new, better place. He can be studied by historians in all the complexity of any towering figure, but Lee should not be rewarded with the American civil reverence associated with our public monuments.

Though I think this is clear, others may genuinely disagree with me, and I look forward to making my case and hearing the counter-arguments, because, though I am confident in my view of Lee and his Confederates, there are other American historical figures about whom I am less certain. So long as our historical arguments are evidence-centered and contain respect and passion in equal measure, they will help reveal our values and define that set of common standards around which the public decides whom to venerate. That is a wholesome and healthy exercise for an America constantly grooming its public conscience.

The result of our debate, and, we hope, the goal of our monuments, will not be a dreary monotone of political correctness nor a cacophony of undiscerning opinions, but rather a harmony of diverse voices singing together the great American song. To be sure, few local politicians would voluntarily choose this moment to oversee such an uncertain exercise, but there is real civic value hidden in it. And, as another towering American figure once wrote, the time is always ripe to do right.

4 thoughts on “General Lee and Me: the Monuments Question”