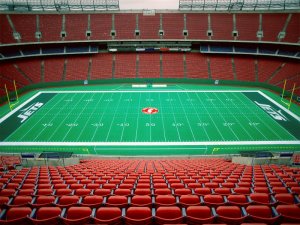 Last August I wrote a blog post in which I declared I was embarking on a tiny one man boycott of professional football for the upcoming season (https://thestubbornglebe.com/2014/08/05/goodbye-football/). My reasons for doing so seem almost quaint now given the parade of bad news and missteps that have continued to define the NFL’s football-industrial complex in subsequent months. My boycott took the form of a simple pledge not to watch any professional games this last season, live or on television, including those of my beloved Cowboys who made my pledge slightly more sacrificial by having a wonderful season in my absence.

Since then I have answered many questions about my little act of defiance. Some revolve around the boycott itself. Did I see it through? (Yes) Was it hard? (No) Did I miss football much? (Not really) The effort itself was about what I expected. But what I hadn’t anticipated was the surprisingly congenial set of ancillary personal benefits I experienced. I discovered what those who practice austerity have known for ages: value accrues when we intentionally change our routine and deprive ourselves.

This week is the beginning of the Lenten season of self-denial. For those who adhere to Christianity or, for that matter, any number of faith and ascetic traditions, abstinence, fasting, and austerity have long been powerful aids to the penitence, prayer and self-examination critical in the nurture of spiritual discipline. But for all of us, even for those who are secular, not spiritual, pilgrims there are less hallowed but still very important lessons in depriving ourselves every so often.

At best diminishing old distractions (like Sunday afternoon football) can make space for more important life passions or at least for the excitement of fresh new distractions. Investing a few found hours in something or someone is a profound statement.  We may find that making even minor changes in our routine generates an intentionality that is infectious. Mindfully considering deselection of one activity brings a healthy new willingness to consider lots of other things you do. Of course some intentionality, particularly in self-denial, can slip into an unhealthy obsession if our goal is to exert complete control of circumstance. But most of us suffer from a different ailment: we wonder if we can have any lasting direction at all in our jobs, families, communities. We need a reminder that though control may be out of our reach, influence is not, and one way to practice influence is to deliberately change small routines, reinvest bits of time and remain sensitive to the lessons we learn.

One of the comments I heard often during the season was that my boycott was hypocritical. I had stated that though I would refrain from watching professional games, I made exception for the Super Bowl and would continue to follow the season, even avidly, through sports news. For some this was a symbol of moral inconsistency; if I was going cold turkey on football it should be all football: games, reporting video clips, whatever. And certainly no Super Bowl.

While there are absolute moral positions (I don’t aspire to murder less, I aspire not to murder at all), I expect that in practice quite a larger number may be of degree. I cannot easily use no energy or non-renewable packaging or processed sugar but over the years I have pledged to use less and I (and the planet) have benefited as a result. For some moral crusades purity is demanded, but for many others, the first step needs to be just that, a first step. If we all want to save the planet we are not required to consume nothing, we simply all consume less.

How often in my own life is nothing at all attempted because everything cannot be accomplished? I don’t believe that the NFL is very worried about my little act of defiance. Perhaps they should be. Maybe next year I will pick 5 NFL sponsors and deliberately purchase their competitors’ products. And maybe ten or ten thousand or ten million others will do the same. But what I learned last season was that the very act of deliberate change in my routine was in and of itself a potent exercise for my life.

So go do something different.

Find something to change in your routine; an activity or circumstance to adjust for a defined period of time. Perhaps you give up vending machine snacks, or designer coffee for a month and give the savings to a local food bank or take your spouse or significant other out to a special meal with the proceeds. You decide.

One thought on “Lose It To Use It”