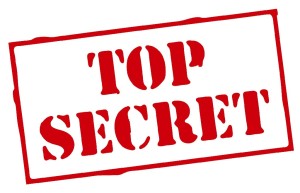 Having been married for well over thirty years I sometimes get asked what accounts for the longevity of a relationship. Of course there are so many factors that it is impossible to highlight any one or two things that insure matrimonial happiness. But I often use the opportunity to give people the three simple “secret words” which, if said often, with sincerity, while gazing into your spouse’s eyes, will 100% guarantee a long and loving marriage. The three words?

Okay, one of the words is a contraction.

The point is that my wife knows I love her but what she doesn’t know is whether, at any given moment, I am actually paying attention to her. How, you might ask, could you ever be inattentive to someone you truly loved? I honestly don’t know but it happens, trust me.

And if it happens in your most intimate human relationship, it is likely common in interaction with schoolmates, friendships, work colleagues and other associates. In a world of relentless multi-tasking and uninterrupted connectivity to electronic media, the temptation to tune people out, to half-engage, is constant. But precisely because of that, we also have the opportunity to profoundly impress, because simply being mindful of others and truly present when interacting sends a message of respect which, over time, generates regard, even affection.  Because of our distraction-infested environment, even small investments of undivided attention yield huge returns.

Decades ago corporate bureaucracy, simple scale, and process-obsession were commonly blamed for workplace disaffection. Now, that sense of irrelevance has been democratized by inattentiveness in individual relationship. If you are a manager, a team leader, a member of a family, you know this. We declare our intentions to that colleague, friend or even spouse (“to love and to cherish, til death do us part”) and then we demean that intention by taking that call in the middle of a conversation, or constantly peeking over a shoulder to see who else has entered the room, or carrying on a conversation while looking at the computer screen.

I know because I’m the worst.

While most of us recognize this in ourselves, who among us is going to go cold turkey on our multi-tasking? It is simply unrealistic. But we do not have to toss away our cellphone or embark on a wholesale denial of distraction in order to make a change. Rather we simply commit to finding steadily increasing opportunities to surrender a potential distraction in service of a higher good, whether it’s turning your cellphone off during an important meeting, turning away from the computer screen to talk to a child, whatever. The discipline of attentiveness is not forfeiting distractions altogether; but it is conscientiously accumulating opportunities to narrow your field of attention if only for a limited amount of time. Even that is a challenge, but it helps to find somewhere to start.

Many years ago I had a much taller mentor. I used to think that part of my admiration for him was associated with his stature, but as I think back I realize that it wasn’t that at all. What affected me about him was not the fact that he was so tall, but that, because of his height, whenever he spoke he would very slightly incline toward me. In that little move I was made aware, if only subconsciously, that I was the recipient of a great voluntary gift: his undivided attention. Parents of small children do the same thing instinctively.

So try this very small little exercise: whenever you are standing around having a conversation with a family member, friend or co-worker, particularly if it is in a crowded room or another place where potential distractions exist, lean toward them ever so slightly, almost as if you were attempting to hear better. A very small change in body posture alerts you that your intention is to focus solely on the person with whom you are speaking, and doing so faintly reduces your field of peripheral vision which also reinforces to your brain that this interaction is an important one.

Over time those with whom you relate will get the sense that they always have your undivided attention, something increasingly rare in their daily experiences. And for you, this little practice also becomes a reminder to find opportunities to build a discipline of attentiveness in other parts of your life as well.

But don’t get creepy and invade your companion’s personal space. The posture change should be very small, natural, and almost unnoticeable. After all, it is not some grand gesture meant to persuade your companion that you are paying attention.

It’s a small gesture meant to persuade yourself.

One thought on “The Three Secret Words”